You may have the best content ideas, and understand all the principles of effective writing, but none of it makes a difference if you don’t know how to put a sentence together.

Writing mechanics are the fundamental tools and structures of writing, and without them a reader won’t understand your writing, let alone be persuaded by it.

Mastering writing mechanics improves the effectiveness of everything you write, so let’s take a look at these essential building blocks of writing.

What Are Writing Mechanics?

Mechanics are to writing what grammar is to speech. In other words, writing mechanics is the set of rules and principles that make writing clear and easy to understand.

If grammar covers rules like subject-object agreement and verb tenses, writing mechanics covers principles of punctuation, capitalization, and other tools that help language make sense on the page.

Effective writing requires that language is not just grammatically correct, but that it’s also written in the correct way. That’s where mechanics comes in.

The Importance of Getting it Right

Today, we have more tools than ever that automate our writing. Spellcheck, grammar checkers, and auto-correct are all great tools to improve our writing. However, these tools do not replace the writer’s understanding of mechanics, because only you know exactly what you intend, and how best to communicate your meaning.

Mastery of writing mechanics is critical for:

Proper writing mechanics is critical, but fortunately it also isn’t very difficult. There are just a handful of rules and principles to master, and the page is yours!

The Basic Rules of Writing Mechanics

As mentioned, writing mechanics goes hand in hand with grammar. These principles complement the basic rules of grammar, and apply them specifically to writing, so grammar is still fundamental.

Here are the most important principles of writing mechanics:

The parts of speech are the basic categories that words belong to, and they govern how the words relate to each other. Writers need to understand nouns and pronouns, verbs and adverbs, and how to correctly use prepositions and conjunctions.

In English, for example, we usually place adjectives before the noun they modify (“black coffee” “small dog” “beautiful flower”), and adverbs after* the verb they modify (“said angrily” “walked quickly” “hugged gently”).

*of course this isn’t really a rule, and many correct sentences do place adverbs before the related verb

A complete sentence contains at least a subject and a verb. A typical English sentence uses the word order subject+verb+object (“the boy bounced the ball”), but there are a huge range of correct ways to put together a sentence.

The basic building blocks of sentences are:

Some of the most common sentence construction errors are:

Correct punctuation is essential for clarity in writing.

The most common punctuation errors are:

English spelling is difficult, but needs to be correct. Use a spellcheck, use a dictionary, use a proofreader, but make sure you get it right.

Redundancy is unnecessary repetition, and should be avoided. “Evil villains,” “geriatric old people,” or “we must now at this time immediately” are all redundant phrases.

The most common method is to first write out the abbreviation or acronym, capitalizing each letter, and introducing the acronym you will use going forward. For example, “the Food and Drug Association (FDA)” or “English as a Second Language (ESL)”.

The three H’s are a frequent source of writer mistakes, misspellings, and misadventures. To put it briefly:

Writing mechanics can seem like a lot of rules and a lot of work, but try to think of this information as a set of tools. Correct mechanics helps to make your writing structurally sound, so that it can elevate your meaning and make it more effective for the reader. Writing mechanics are the building blocks of writing, and help you make a plan for great writing in any situation.

What is the difference between writing mechanics and writing conventions?

While there is a lot of overlap between the two concepts, writing mechanics usually refers to the technical tools of writing, while writing conventions refer to how writing is usually done in various instances. There are different writing conventions for different purposes (journalism, academia, fiction, etc), but writing mechanics are fundamental for all forms of writing. 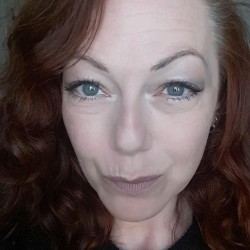 Rebekah Villon is a professional writer and marketing consultant who specialises in strategic content for B2B communications. In her personal life, she enjoys the freedom of remote digital work while travelling, pursuing hobbies, and continuous learning.